What results do we get from the high automation processes of the LIFE PST SORT project? 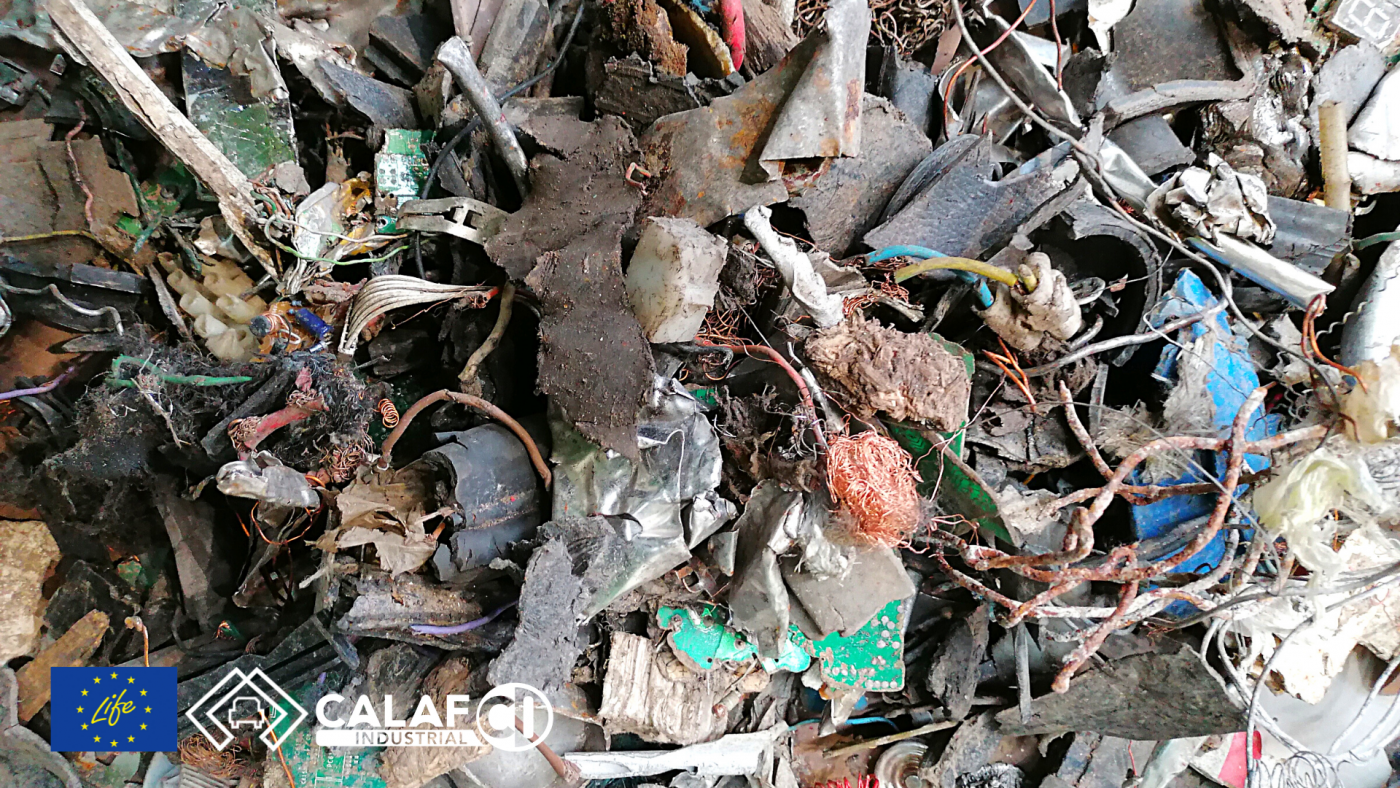 The wide variety of reject streams from shredded vehicles has been analysed and grouped into two broad classes: metal-rich streams and metal-poor streams. Other classifications have been made, for example, according to "heavy" and "light fluff" origin and particle size families. However, these latter classifications did not allow generalising performance trends in the recovery of recyclable materials, at the LIFE PST SORT demonstration plant, as each stream determines a specific parameterisation of the automated equipment of the demo plant in order to optimise the recovery of recyclable materials.

Even so, it has been modelled that metal-rich streams, with more than 6% metal content, lead to payback periods varying from a year and a half to 4 years, while metal-poor streams recover the investment between 5 and 6 years of operation. In this modelling, the selling price of recyclable plastics has been considered low (with a low oil price), which can be considered as a pessimistic assumption. The payback periods will thus decrease as the oil price increases in the medium term.

These calculations are part of the business models being developed in the replication and transferability stage of the LIFE PST SORT project. This leads to the conclusion that the investment in new (and updated) equipment is highly profitable in existing ELV shredding plants. On the other hand, in new recycling plants, the choice of equipment fitted with machine vision and inductive sensors will bring an increase in the waste recovery of recyclables contained in the fractions of materials smaller than 40 mm.

The demonstration plant of the LIFE PST SORT project has also allowed to verify the suitability of the feedback of streams treated by the end-of-line process equipment. Although this exercise may result in a loss of daily capacity, in the overall treatment quantification, some recovered streams can be treated additionally during night shift or weekend hours. This option has been tested with recycling companies, which generally operate two shifts per day and very partially at weekends. The high automation degree of the LIFE PST SORT process and the marginal energy consumption and supervision costs leads to a favourable assessment of feedback loops aimed at purifying recycling streams.